We are pleased to announce that this talented performer and instructor will be returning to Boston! Jeremias Fors will be offering two Immersion Courses at FGDA during the month of March. Don't miss a chance to study with him while he is in town. Private lessons are also available.

Jeremias is a trained musician, he attended the music programs of New World School of the Arts and Florida International University on full scholarships as a Music Performance Mayor. The discipline and knowledge acquired through his musical education carried over into his tango:  As a dancer, teacher and choreographer. His growth resulted in the co-founding of Tango Axis LLC back in 2010, creating the shows “Eras del Tango” (2010) and “Amor Porteño” a.k.a Tango Suites (2016), making him the youngest tango choreographer and producer in the United States.

Jeremias's TV appearances include Telemundo's "2019 Miss Universe Special", "Un Nuevo Dia", "Siempre Niños" and WFAA's "Good Morning Texas". His artistry has also gained him great reviews in newspapers and media like the Washington Post, Miami New Times, Miami Herald, Edge Fort Lauderdale, Artburst Miami, D.C. Theater Scene and Argentina’s CARAS Magazine among others. His performances with the FGO’s production of Piazzolla’s Operetta; “Maria de Buenos Aires” and Robert Rodriguez’s musical piece “Tango”, were both chosen “Top 10 Performances of 2013″ by South Florida Classical Review.
​
As a teacher, Jeremias has developed a progressive teaching style that embarks the full vocabulary of the tango dance today. He is fluent in both english and spanish and has taught and performed in the following festivals: International Tango Summit (2019, 2018), Alegria Mini Tango Festival (2018), NYC Spring Tango Weekend (2019), Yunta Brava Florida (2016), Florida Tango Encounter (2017, 2016), 15th Miami Tango Fantasy Festival (2011), 9th Annual Boston Tango Festival (2012), Boulder Tango Festival (2016, 2014), as well as workshops through out the United States. In April 2013 he co-founded and directed an Argentine Tango School in Miami, receiving a proclamation by the Mayor of Miami-Dade County, Carlos Gimenez, for enriching the art and knowledge of argentine tango in South Florida. Jeremias has certainly become one of the strongest influences in the development and latest booming of the South Florida Tango Community, where he now resides. 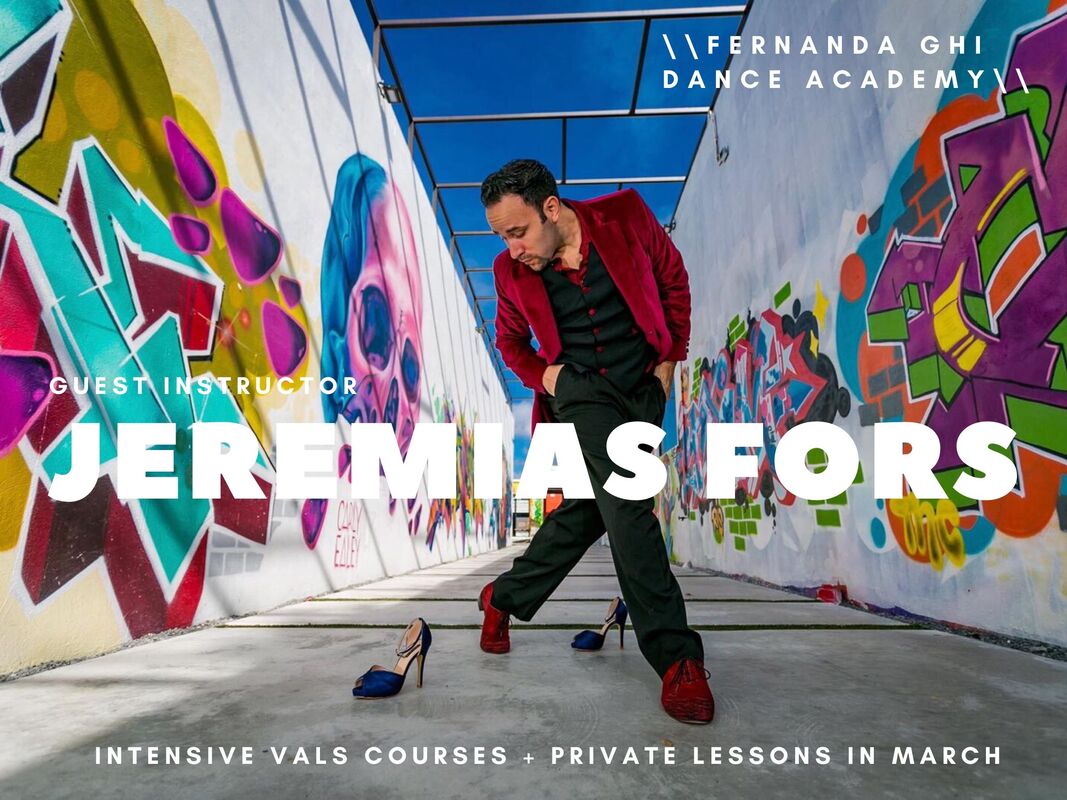